Rufus: Just Saying: Search for Fire in a Book!!! 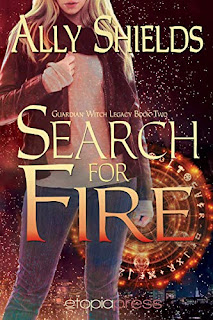 Rufus has granted me his blog again. He’s so busy!


Oh, Boy! It’s winter, and Rufus and Hank are busy playing outside. They love snow and cold! But I need a good book to curl up by the fireplace in our new home. Presto! Ally Shields’ newest Search for Fire (Guardian Witch Legacy Book 2) is OUT!!! YES!!! I have mine, and I’m ready to curl up, but first let’s talk to Ally.

Kath: Ally, I know you run Coffee Chats on your author website allyshields.com so I’d like to offer you a hot cup of coffee. I have some nice Peets, Major Dickason. Sound good? Would you like one of these fancy creamers? OOH! What about some hot chocolate with a zillion little marshmallows?

Ally: None of those foo-foo creamers for me, but I love coffee black. Although the hot chocolate is tempting. :)

Kath: Let’s take our drinks over to the fireplace. Hold on, I’ll remove the cats. Okay. Let’s talk about the Guardian Witch Legacy series. How did you come to decide that Ari and Andreas should have a daughter?

Ally: You know I honestly hadn’t thought about it until I decided to send Ari back in time to retrieve a relic from Andreas’s past. And it occurred to me that she would meet Andreas before he became a vampire. I wondered what that meeting would be like considering their strong bond, and I thought this was the perfect opportunity for Ari to have that child she thought she’d never have spending her life with a vampire.

Kath: With Rayne having such amazing parents, you must have had a plethora of options for what Rayne’s powers would or wouldn’t be. How did you choose?


Ally: She had to have the obvious basic witch abilities from both parents—spellcasting, potions, some minor level of precognition, and Ari’s witch fire. Other than that, they kind of evolved with the needs of the story, depending on whether I wanted her magic to get her out of trouble or whether I wanted her to find another way.

Kath: Sorry. I’m too comfortable here, I should have asked first if you would give us a short description of Search for Fire.


Ally: The Legacy trilogy is a sequel to the original 7-book Guardian Witch series. Search for Fire is  book two of a three-book story arc regarding Rayne (Ari and Andreas’s daughter) and her role in the Star of Esielen Prophecy. Rayne was only five in book one, but she’s twelve now and has a voice and mind of her own. In book one they discovered the prophecy exists and that it may require Rayne to eventually face a major daemon, but the details are vague or missing - like where, when and how. To find some of those answers, they are searching in Tuscany, Italy for the elusive coven of prophecy keepers. Andreas is called back to Riverdale due to a major crisis involving his vampire court, and Rayne is being hunted by something. The family is pulled apart, just when they need each other the most. And of course, there is magic and plenty of action!

Kath: Well, my iPad is fired up, and I can hardly wait to read it. But are you working on another? How many will there be?

Ally: This is only a trilogy, so one more book is coming. Ring of Fire is already drafted, and I would anticipate release in the first half of 2019.

Kath: Oh! Just got a Message from your dog Ranger. He says something about nudging you to put him in the next book. What do you think?

Ally: I don’t think he’d really like that. Sixteen is a little old for fighting supernatural bad guys! He is more into barking at other dogs from his window, patrolling the lawn, and collecting his treats. :)

Kath: Thank you so much, Ally. One last request. Could we have a piece of the book, a teaser?

Ally: How about a couple of the opening paragraphs?

Ari’s eyes flew open, her heart pounding. “No! Never, devil’s spawn!” She snatched the dagger under her pillow and slashed at the darkness, her blade cutting a vicious arc. A steely grip caught her wrist and turned the razor-sharp edges away.

“Cara mia, it’s only a nightmare.” Andreas pulled her tightly against his chest. “It’s not real.”

She let him take the weapon, but the foul, sulphuric stench of demonkin seemed to fill her senses. Shaking her head, she fought her way free and shot out of bed. Andreas called her name as she raced into the hallway. But blonde strands whipped against her cheeks as if aligned with the residual fear that drove her. At the first turn, she slapped her hand against the wall to check her speed, slid around the corner, and threw open the second door on the connecting hall.

And finally sucked in a ragged breath.
Thanks for having me, Kath. It’s been a pleasure. Have a terrific holiday in your new home! Ranger says hi to Rufus and Hank...and even the cats.

Kath: Thank you so much, Ally. We’ve really enjoyed this. Rufus reminded me to share more places your readers can find your books, and information about them. 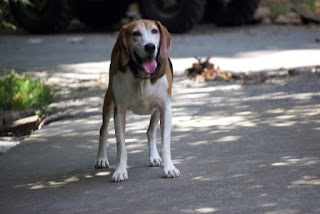